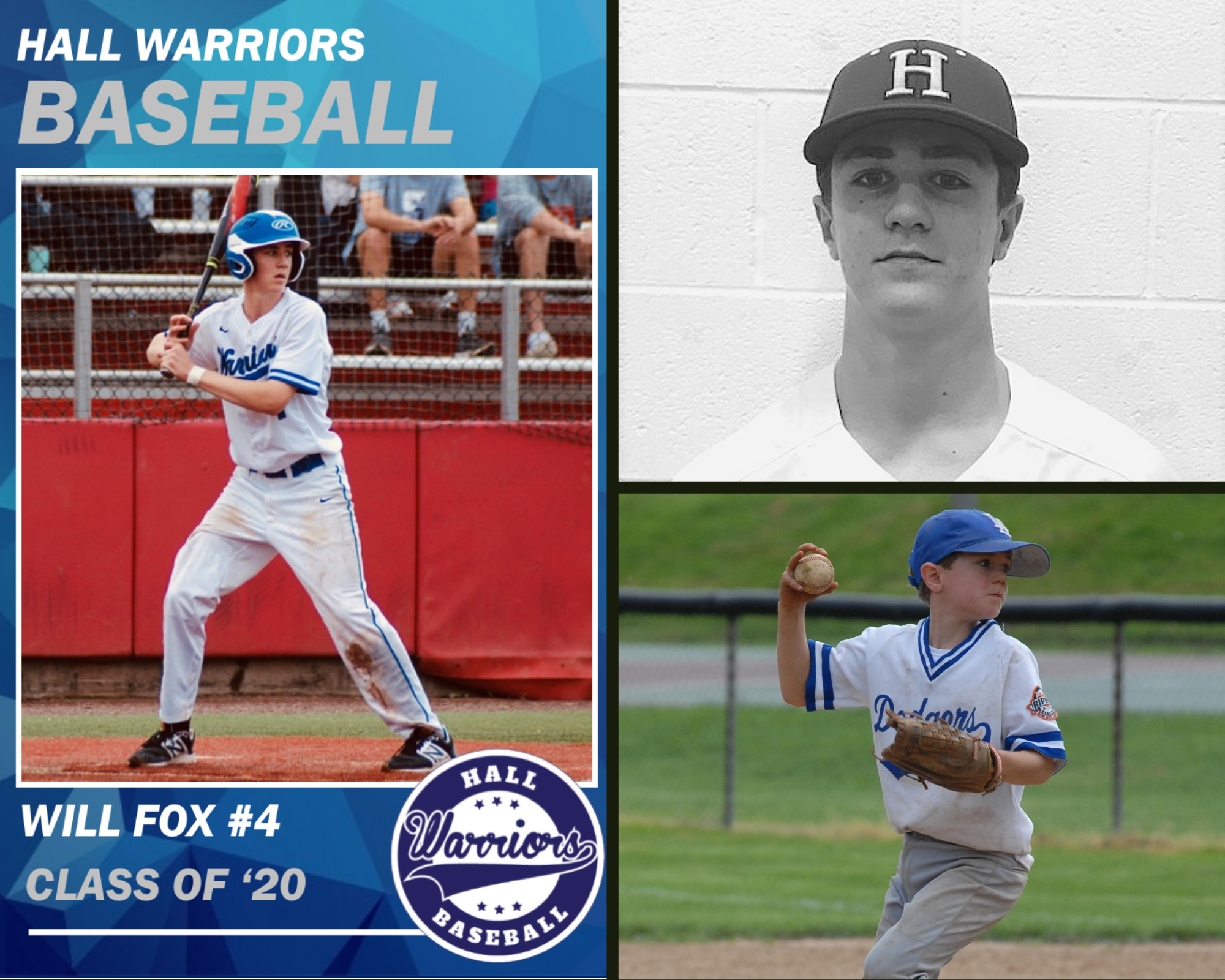 Leading off for the Warriors is senior co-captain, who played both infield and Pitcher, #4, Will Fox

Will played four years for the Warriors. Will’s favorite Hall Baseball moment was coming back to beat Simsbury 5-3 last year at Memorial Field. “I walked four times on about 30 pitches. My second most memorable moment was getting called up to varsity in the middle of my sophomore year. I got the start at second base in a game at Newington. I was definitely nervous when the first ground ball was hit to me. The ball had a weird spin. I bobbled it but made the play. Griffin Van Rye was on the mound.”

Will was a co-captain for 2020. He showed great leadership qualities as a junior on last year’s team and was doing an outstanding job as captain this year. As a leadoff hitter, Will has an uncanny ability to find his way on base. One of the biggest tenets of our offensive strategy is to be difficult to get out and Will always took that to heart. He would grind out at bats and it was rare for him to not have a quality at bat. In the field, Will always played sound at middle infield. When the ball was hit to Will, we knew we could put an out in the book. Will was also going to pitch this year, and I was really looking forward to getting him on the mound for us.

Will will attend Endicott College (Beverly, MA)  in the fall and play for the Gulls baseball team.