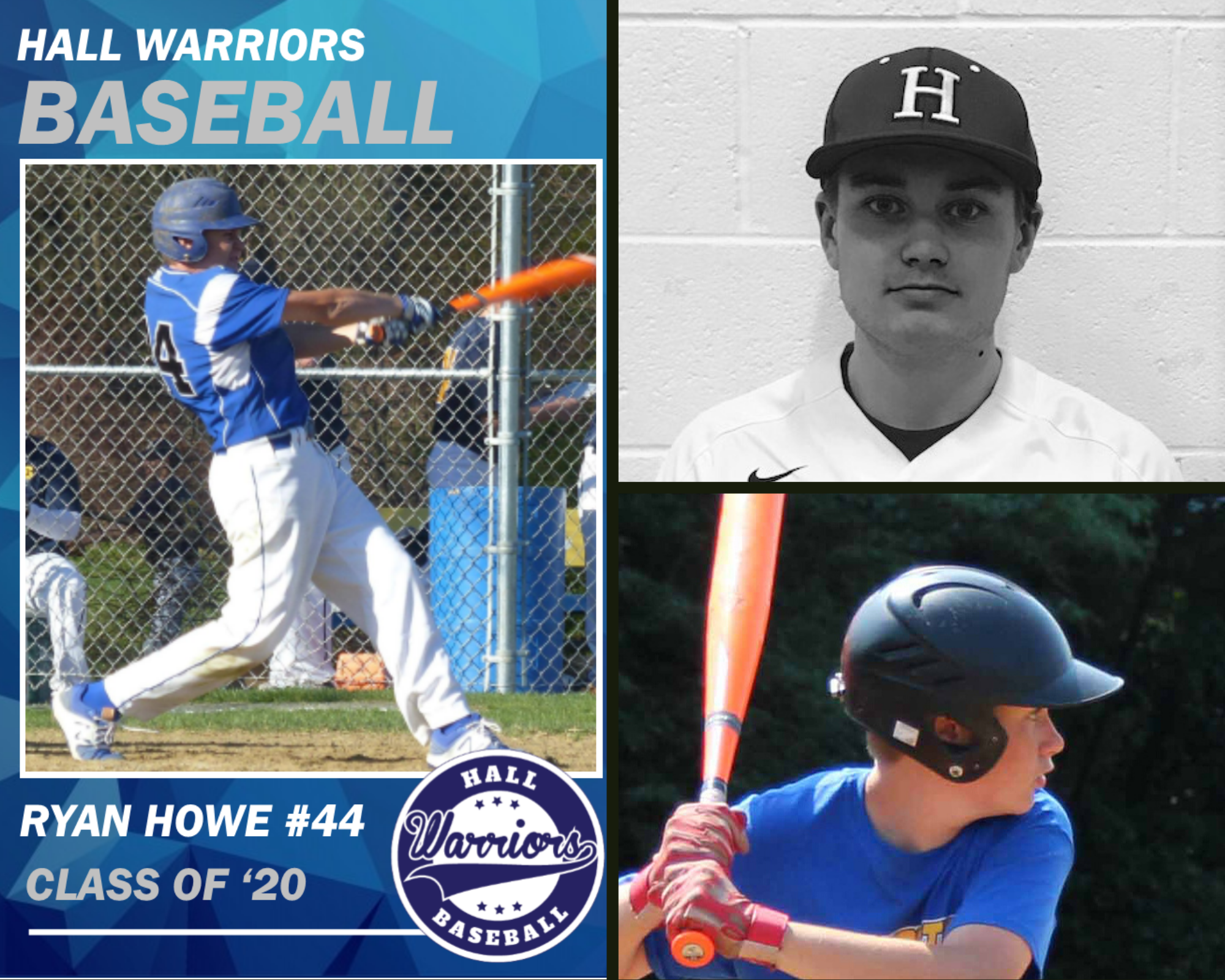 Next up for the Warriors is #44, first baseman, Ryan Howe.

Ryan played four years for the Warriors and his favorite Hall Baseball memory was making a diving catch, unassisted, double play in the bottom of the 7th to win the Hall Conard game last season. Ryan also remembers playing as a Freshman and having to come in to pitch as a non-pitcher because the team had run out of pitchers. Ryan pitched 2 perfect innings and officially became part of the starting pitching rotation for the rest of the year!

Ryan has enjoyed growing up and playing with many of the same kids from Little League through Hall High School and will truly miss the friendships he has made and the camaraderie of the team.

Ryan Howe: Ryan worked very hard everyday in practice. He is a player who makes the most of his opportunities. This year he would have had a great chance to be an impact player for us. His improvement over the years was evident and I know he worked so hard to be prepared for his senior year. I was excited to see him get his opportunity on varsity this year. Ryan always went about his business the right way everyday and I know everyone noticed the quiet example he set for everyone around him.

Ryan will attend the Honors College at the University of New Hampshire this fall, where he will major in Data Science / Analytics.