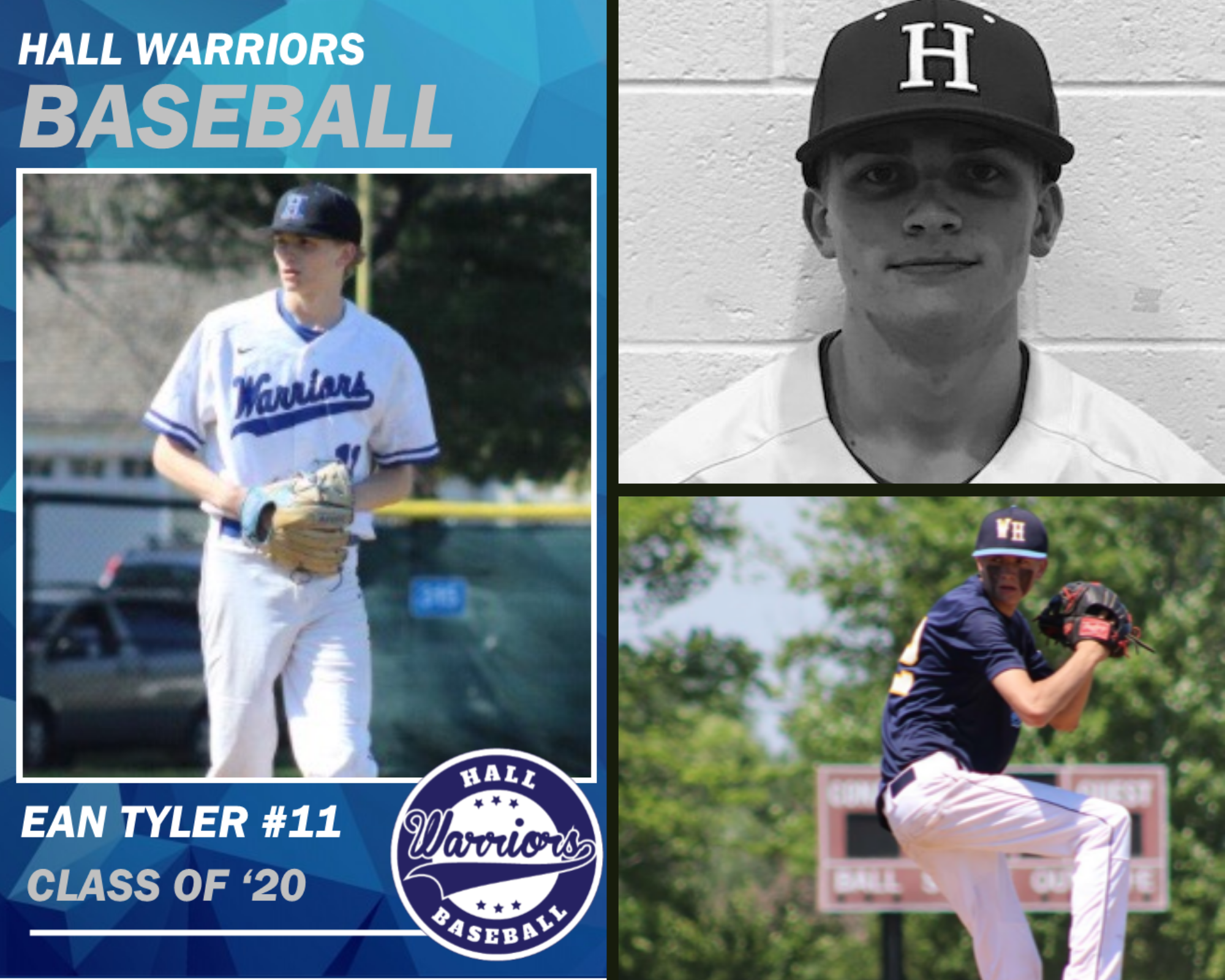 Next up for the Warriors is #11, pitcher, Ean Tyler
Ean played four years for the Warriors, and his favorite Hall Baseball memories were definitely game days, and he will miss the camaraderie of hanging out with his teammates.

Coach Marsh and the other Hall coaches noted the following about Ean …
We were expecting big things from Ean this year. He was going to be called upon to step into a big role on our pitching staff. Ean has great stuff and one of the best pickoff moves I’ve seen at the high school level. When he would walk a batter we knew there was still a good chance Ean would be able to send him back to the dugout if he strayed too far from first base. Ean has a strong work ethic and was able to help some of the younger pitchers understand drills and workouts. Ean has been on varsity since his sophomore year and was going to be a major contributor for this season.

After Hall:
Ean will attend Bridgewater State (Bridgewater, MA) in the fall and play for the Bears baseball team.